Waka Canoe and Anniversary Too! 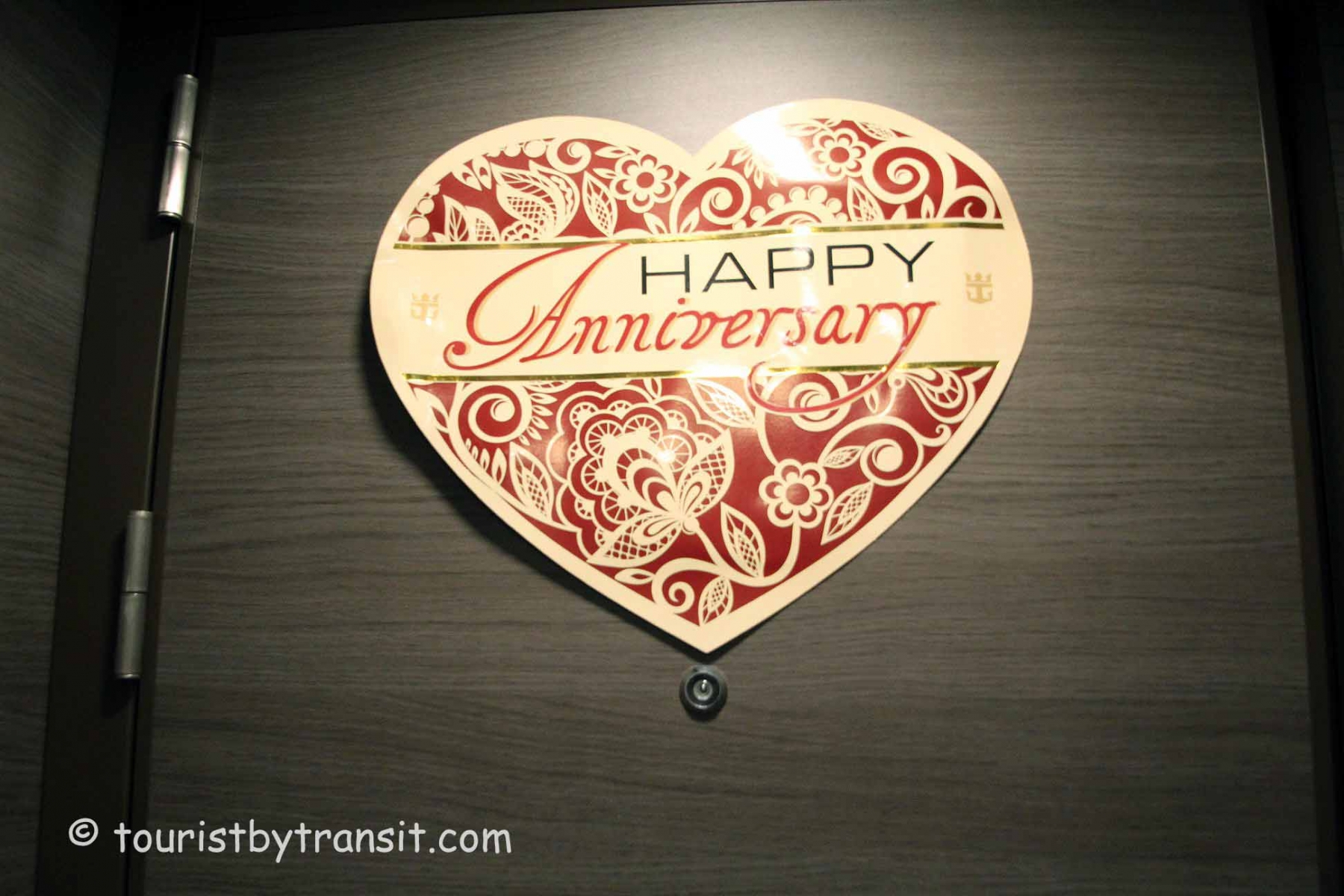 Today is the reason why we went to Australia and New Zealand, it was our 30th Wedding Anniversary. This was the last port-of-call on the cruise, Bay of Islands at Paihia.

Today’s excursion I had booked thru the ship, a Maori Waka Experience. This was another tender port. Since the tender time was over 20 minutes, they were handing out tickets to use the tenders. Since we booked a shore excursion thru the ship, no tickets were needed, just need to go when our group was called.

We were first bussed 5 minutes across the bridge to meet our Maori guides. We were given a typical Maori greeting and blessing. Then given a paddle and life jackets and line up into 8 rows. We were given instruction on Maori commands to paddle the boat. We were then lead across the street to board our canoes. Cyn and I were separated due to her knee concerns.

We all learned how to paddle as a team. We were also given a rest period while we were told many stories about the Maori family that were leading this tour. About life growing up. How the elders nearly lost their Maori ways due to schools trying to teach it out of them. But today, the younger generation has Maori schools, and probably know the Maori language better than the elders. It is good to see the culture survive. We got up to the waterfall and then turned around to head back. Along the way, we would give the Maori scare face to “muggles”, which was fun. We also had a race against the other team’s boat (which had the chief on it, we had the chief’s son). We won the race. It was great fun and a learning experience.

It was nearly 1 pm, and we were hungry, we took the bus to town and ate a nice brewpub in town. I had 2 different local beers from 2 different breweries. The food was good as well. We did a little shopping afterward.

The bus shuttles were not keeping up with folks heading back to the tenders to the ship. The town pressed a ferry into service to help the buses. The shop we were at was looking for a skirt Cyn wanted, so we avoided the crowds and the ferry.

About 10 before the “final” bus, we were in line. I noticed the bus we were on seemed like an old Japan city bus. And yes indeed it was a Hino bus, with only one sign that was in Japanese. I need to try to translate it, but I could make out Nakagawa. Just odd… Anyway, we then got on a long line waiting for the tenders. The ferry had also just arrived, but since the ferry was at the dock, they loaded the ferry first. So we were in line for a good 30~40 minutes. A young local girl was playing the violin at the dock. She was very good. I think she was very smart. Since this was our last New Zealand port, many folks (including myself) were throwing in our loose NZ coinage (And some bills) in her case. She deserved it!

Once on board, Cynthia was in for a surprise. I had arranged our cabin to be decorated for our anniversary, as well as chocolate covered strawberries. She was thrilled!!

For dinner, we went to Jaime’s Italian again. We got the same waiter. Since the weather was nice, we ate Al Fresco on the patio on the outdoor promenade. We got to watch the sunset while eating dessert. The restaurant had also given us an extra dessert of Tiramisu with Happy Anniversary on the plate.

Later in the evening, we went to see the Jazz combo in the Two-70, but by 11 pm, we were bushed. A great anniversary day! 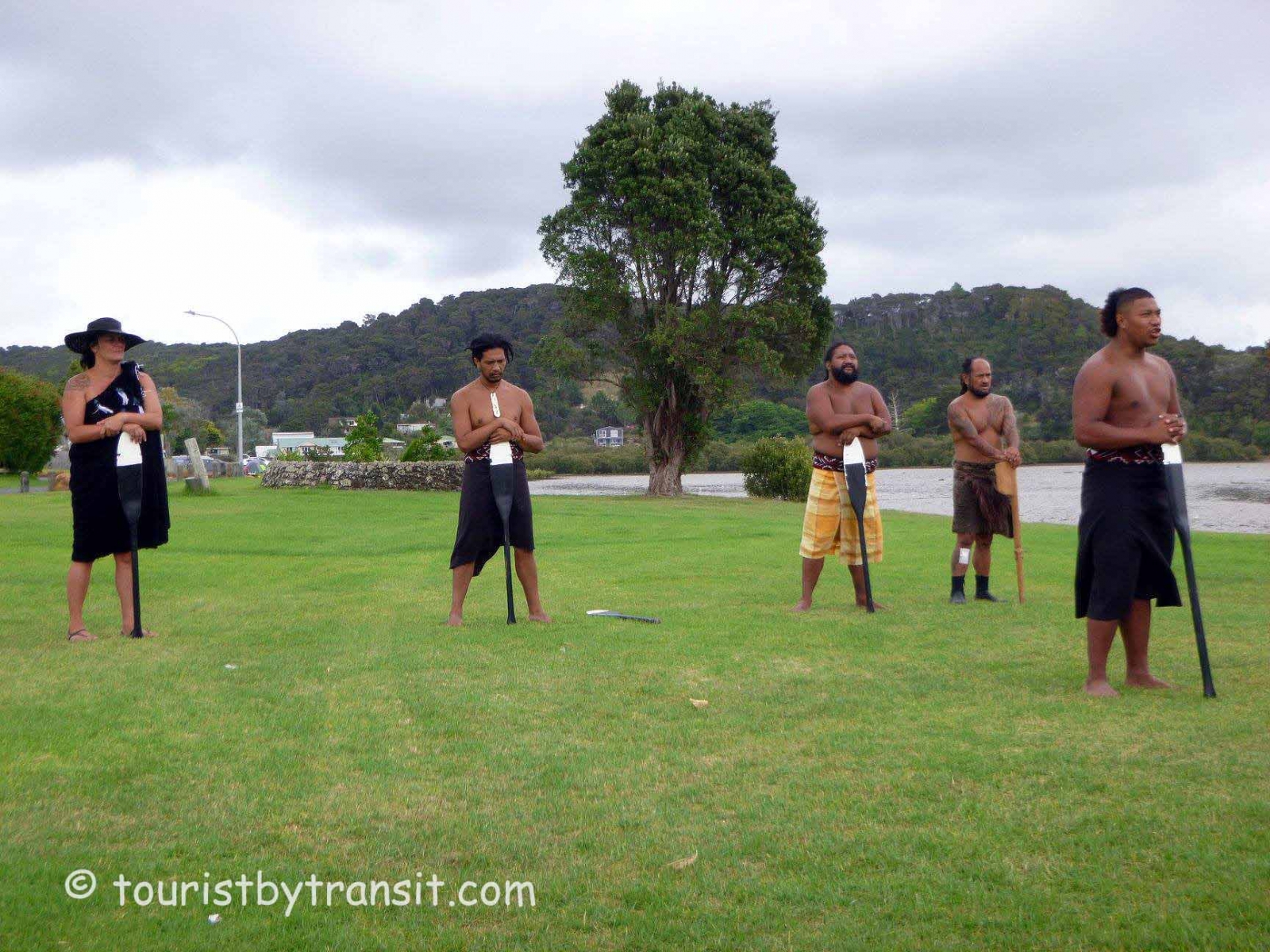 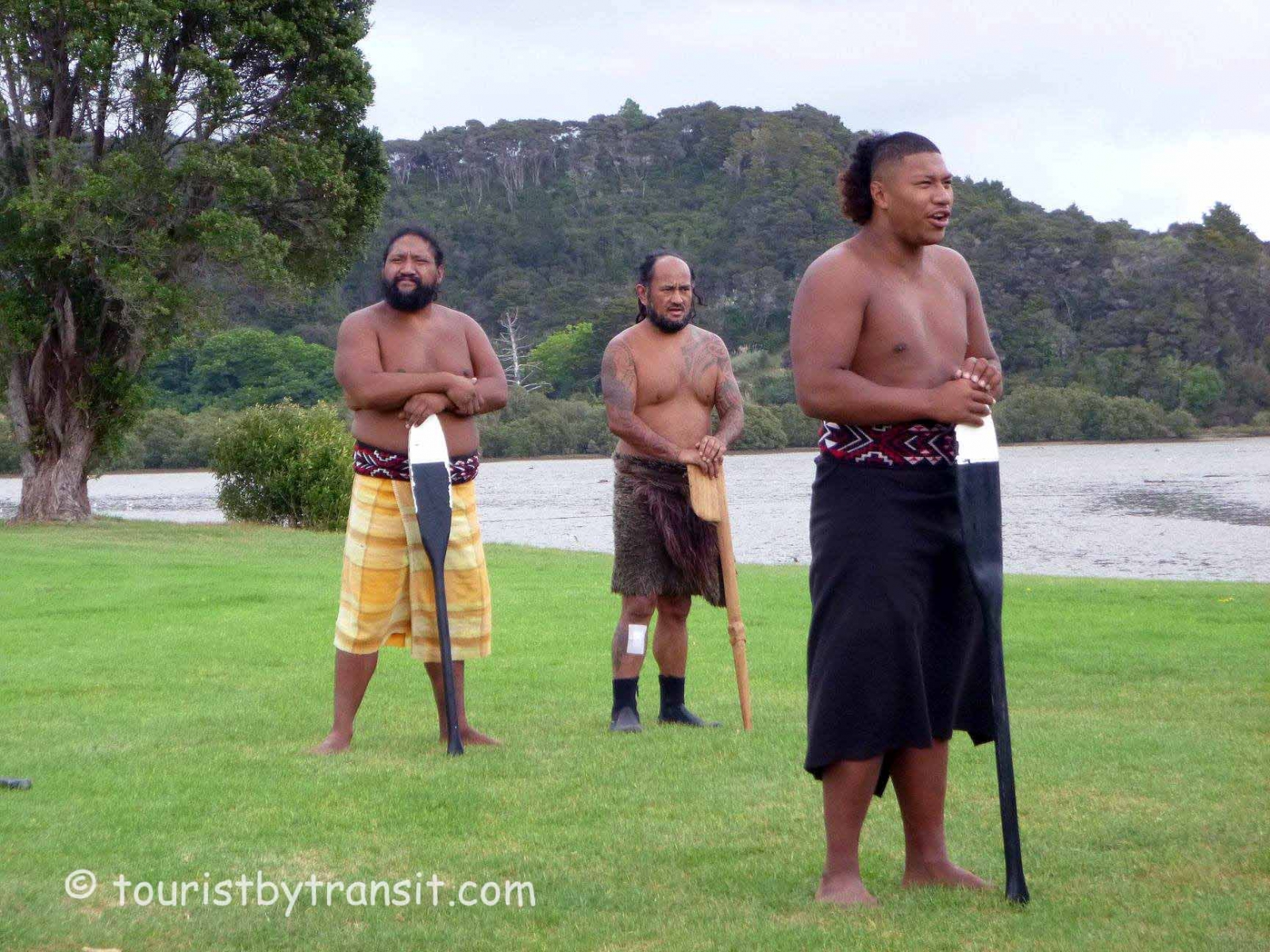 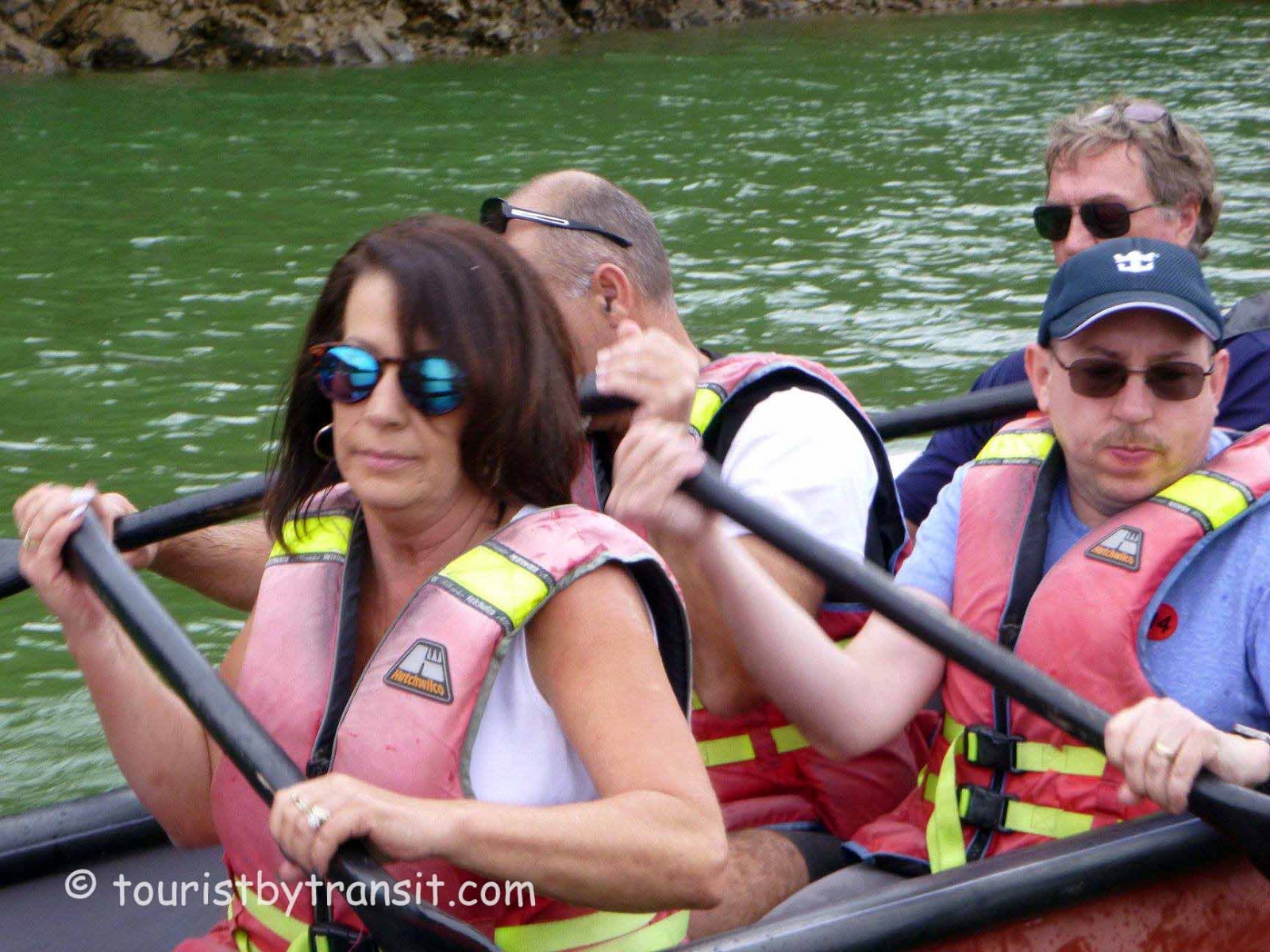 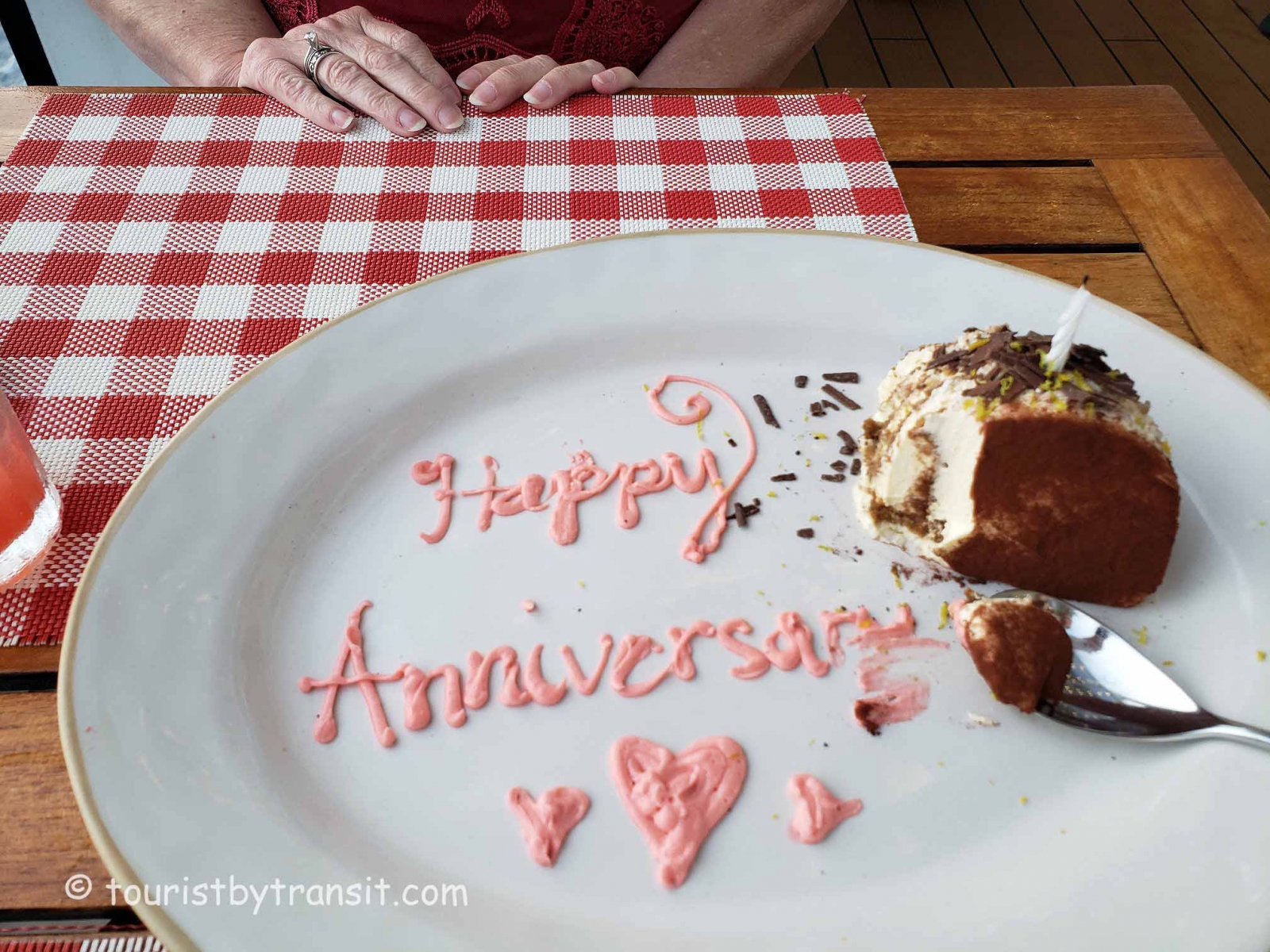 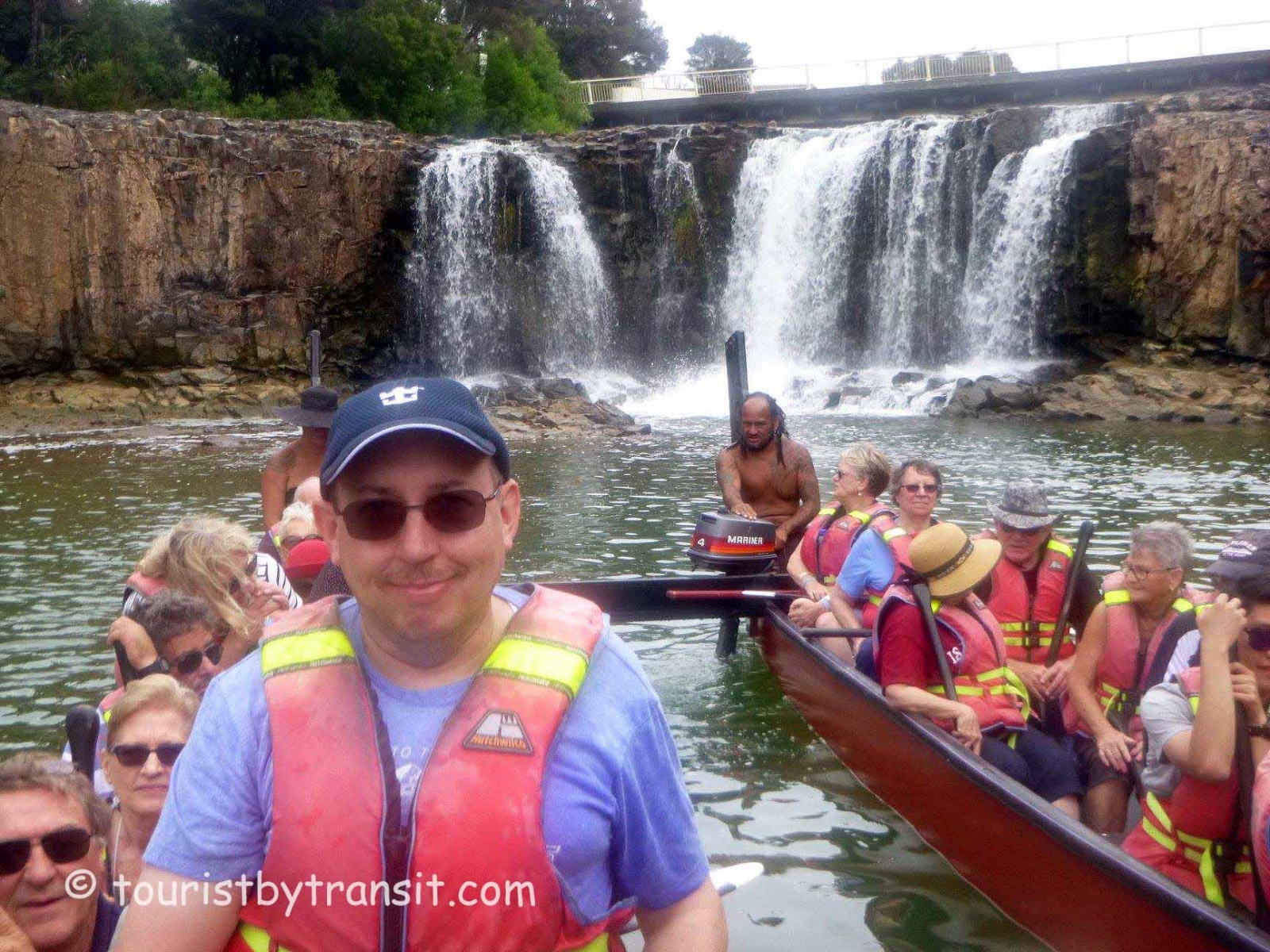 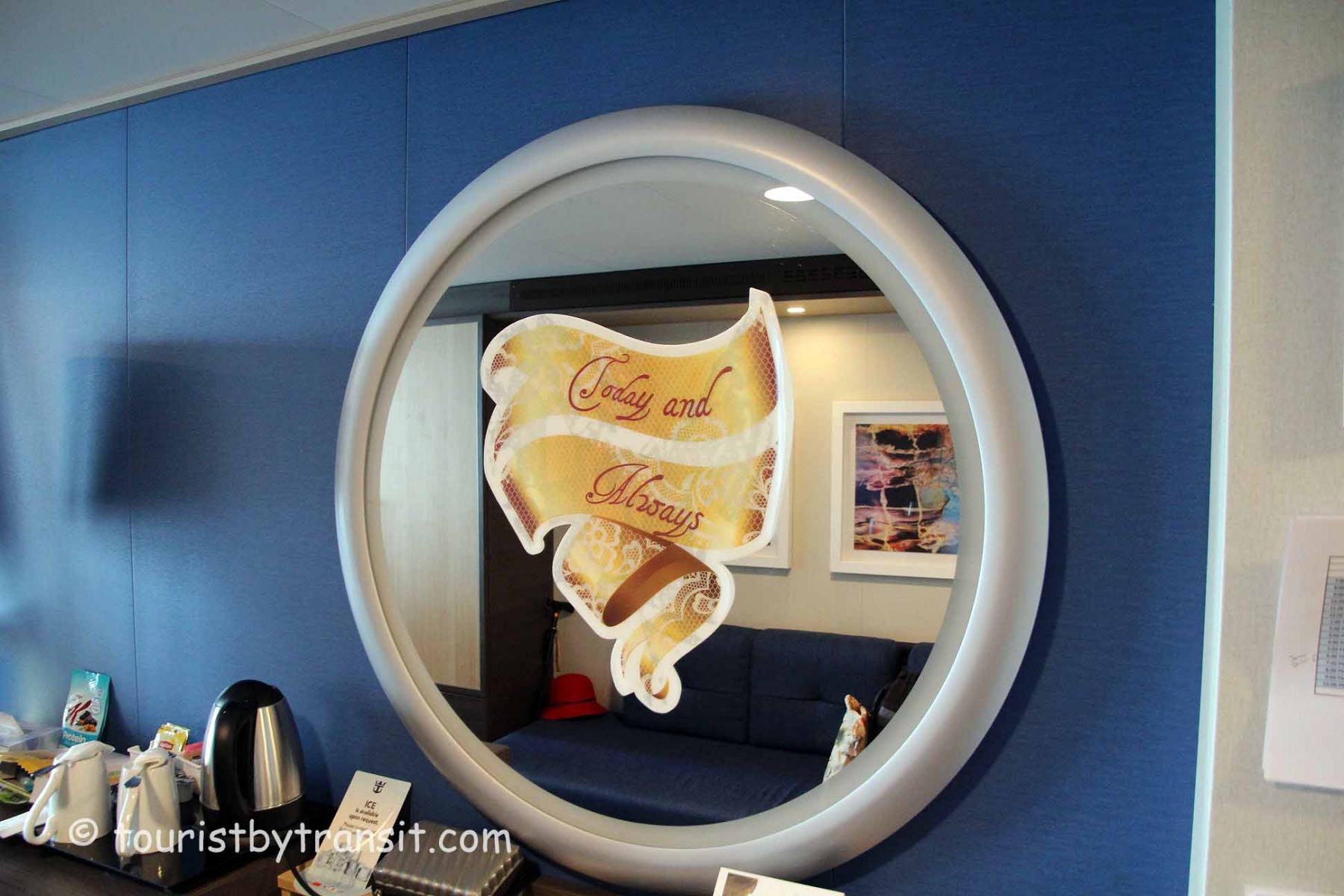 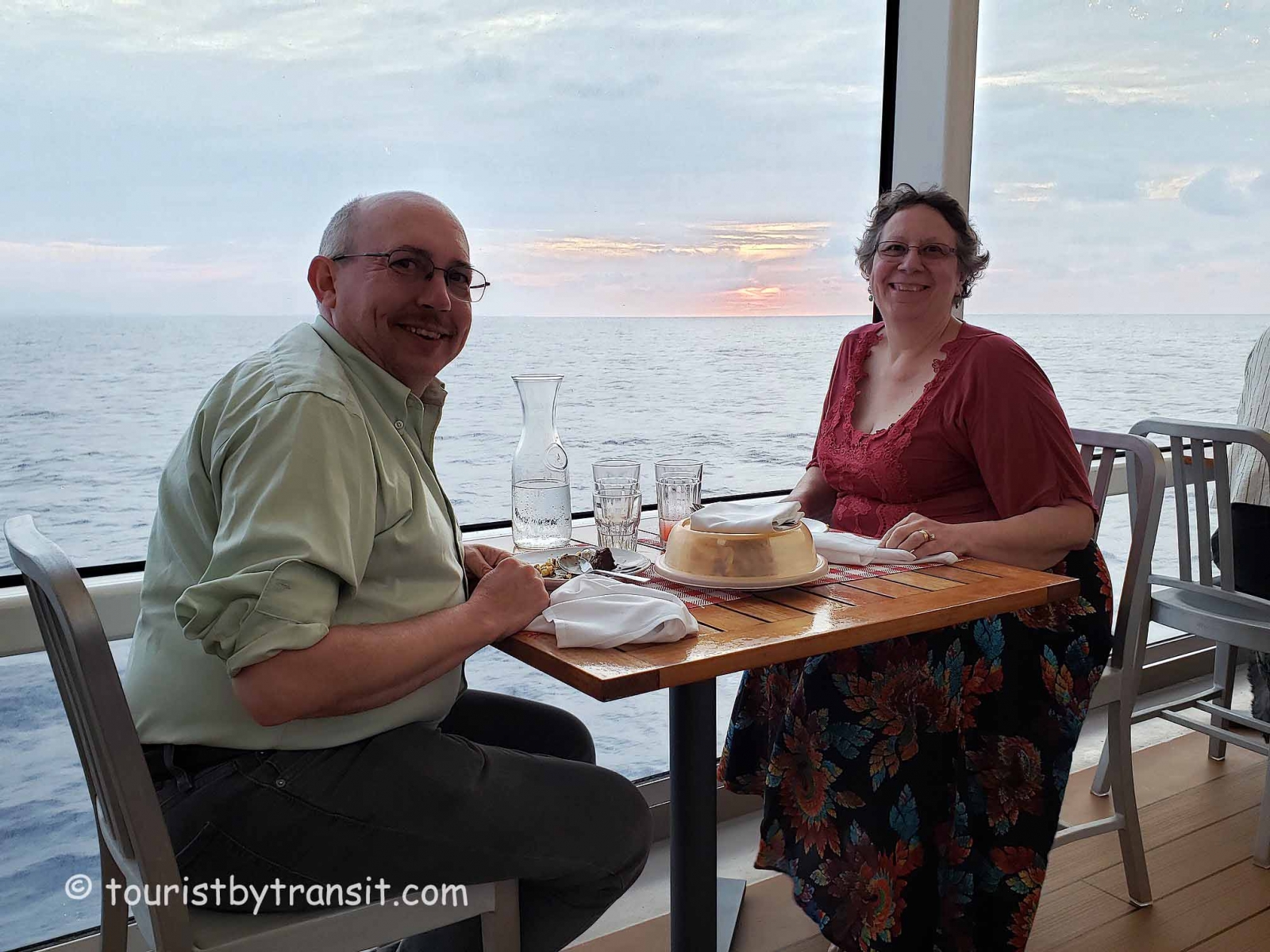 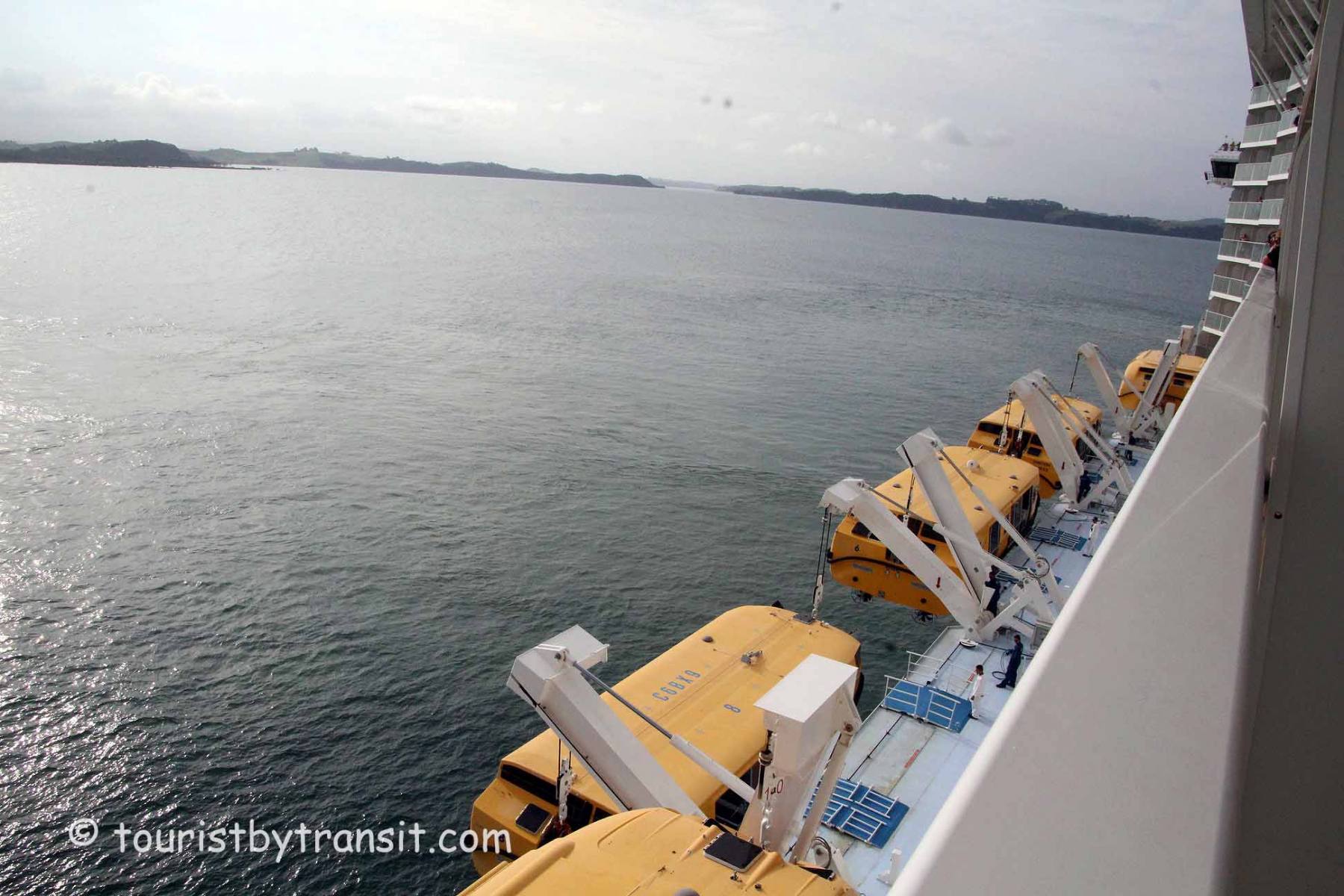 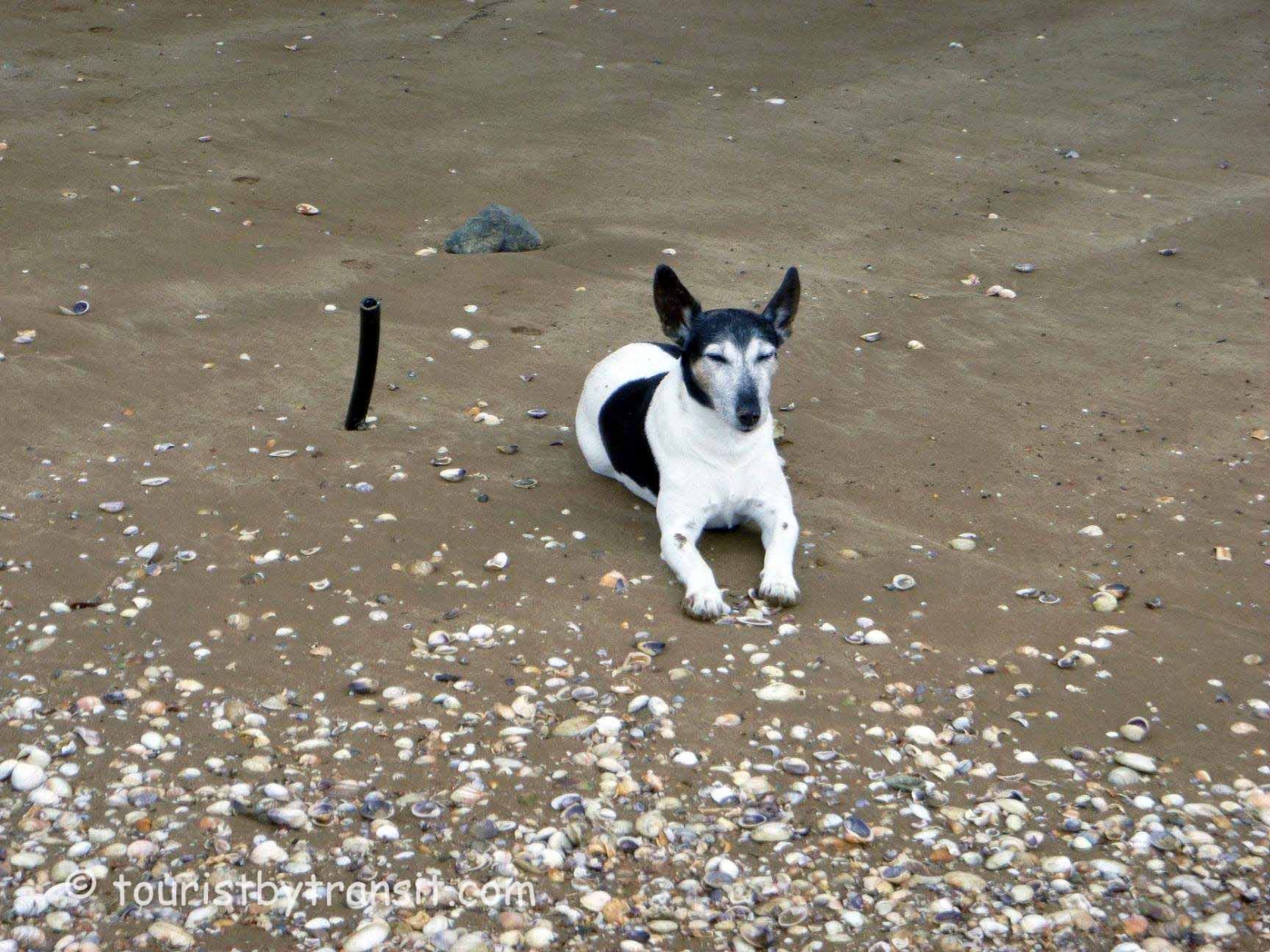 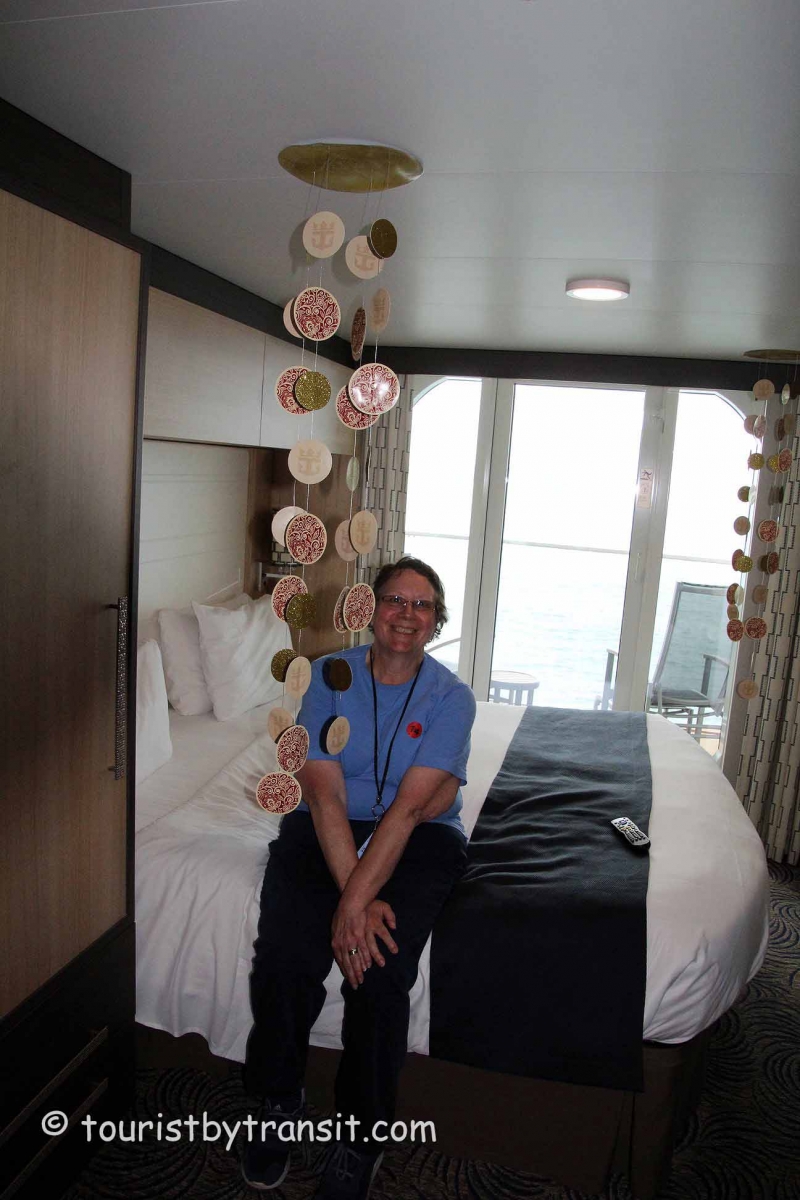 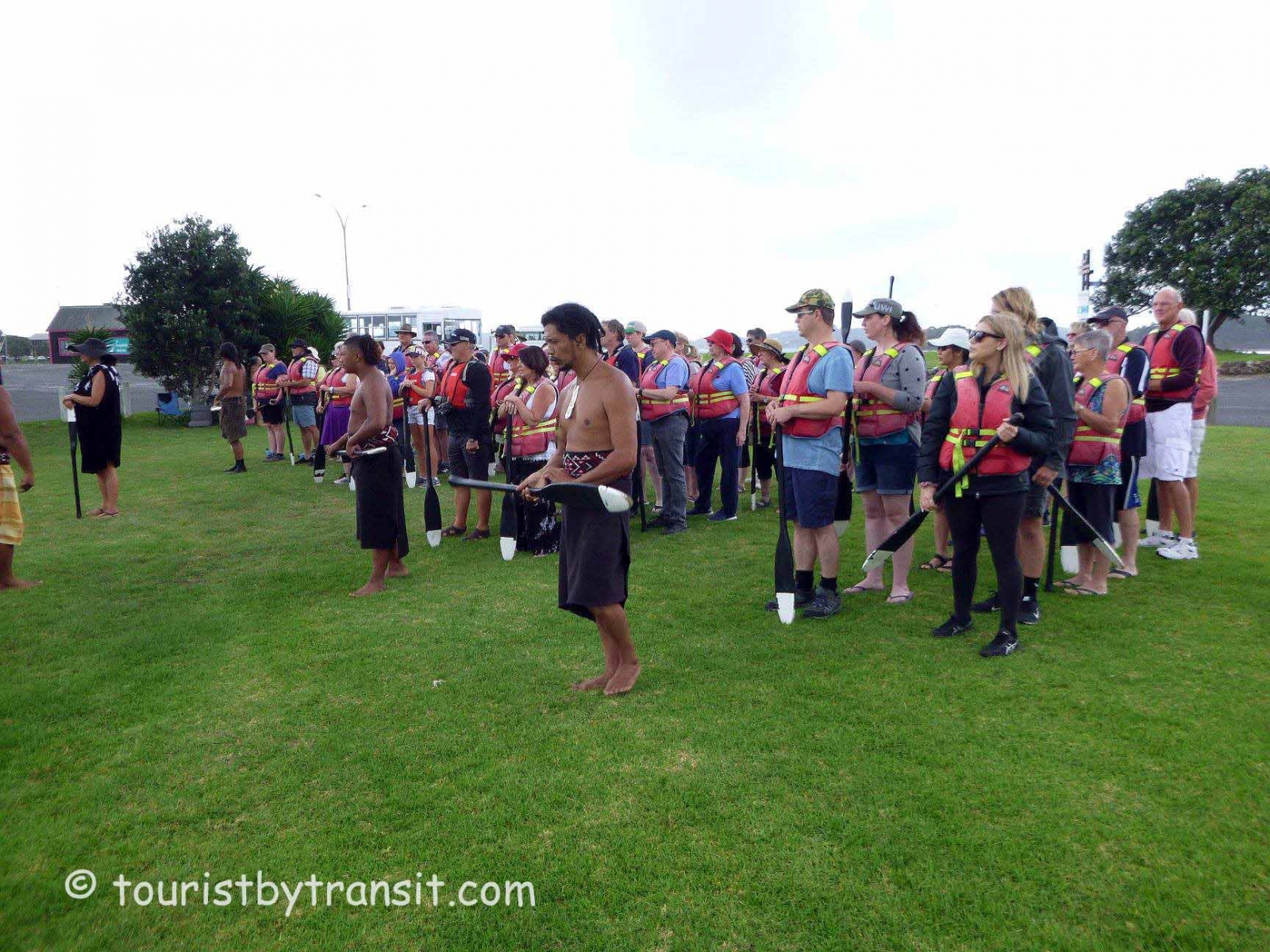 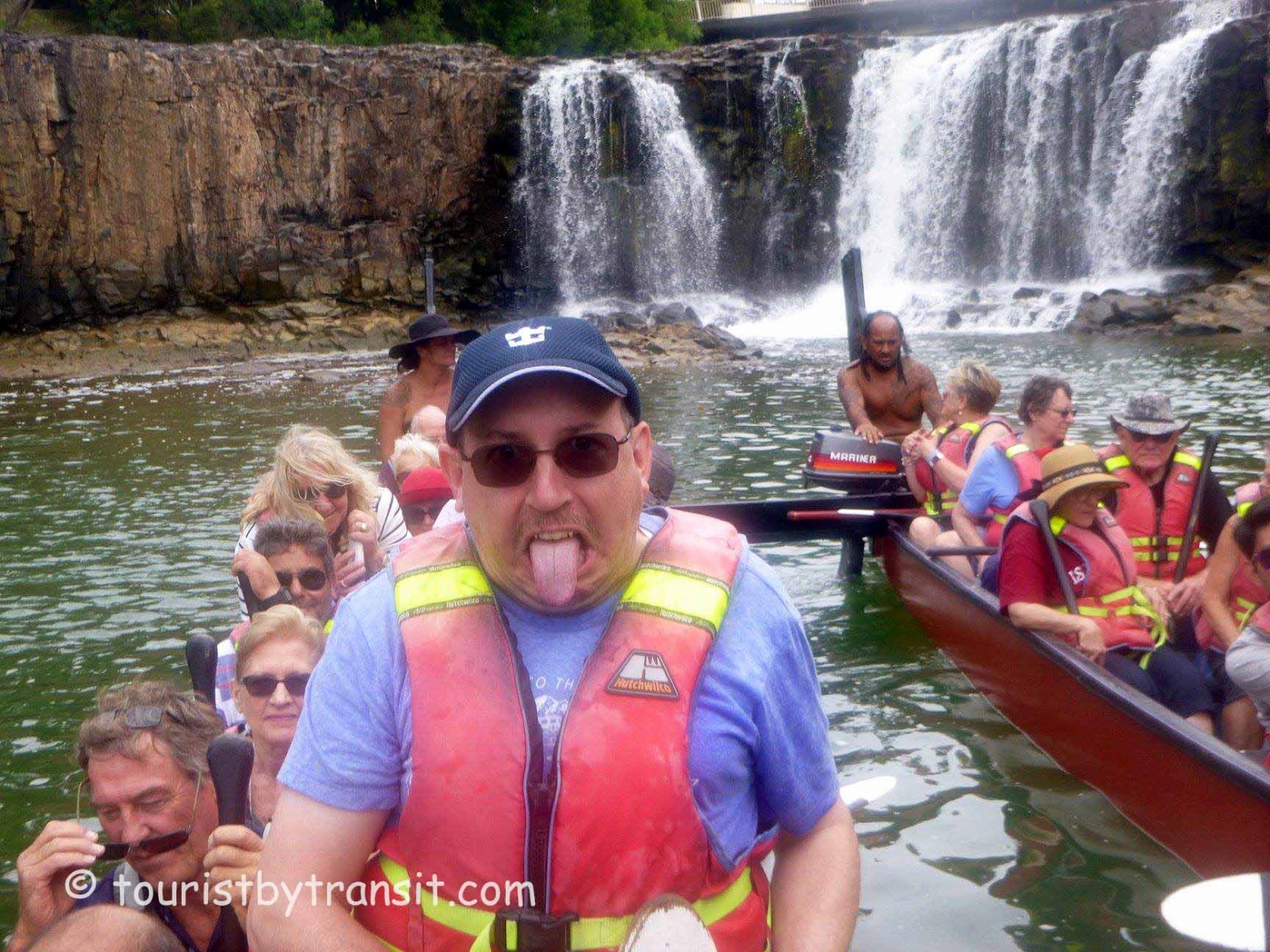 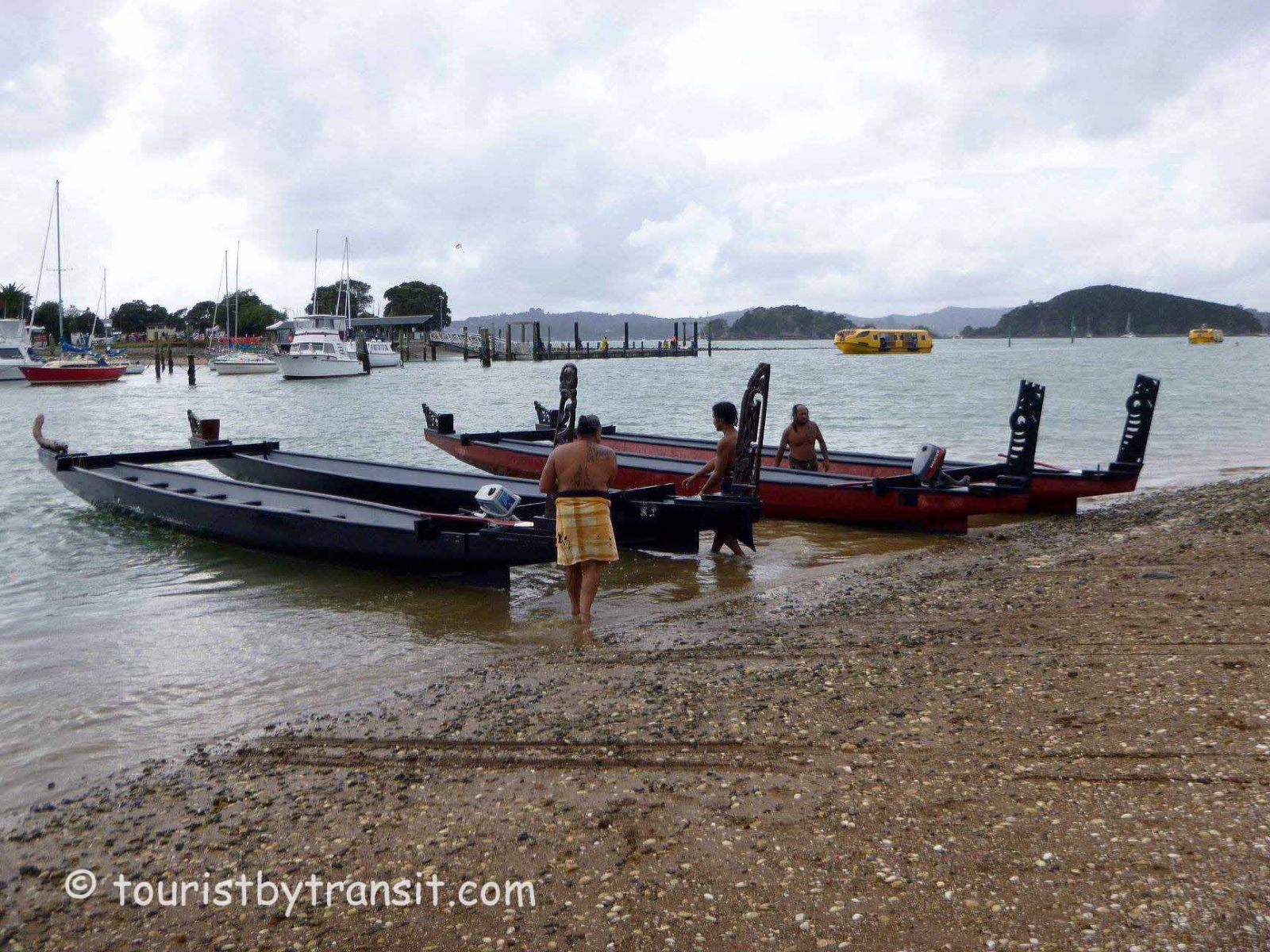 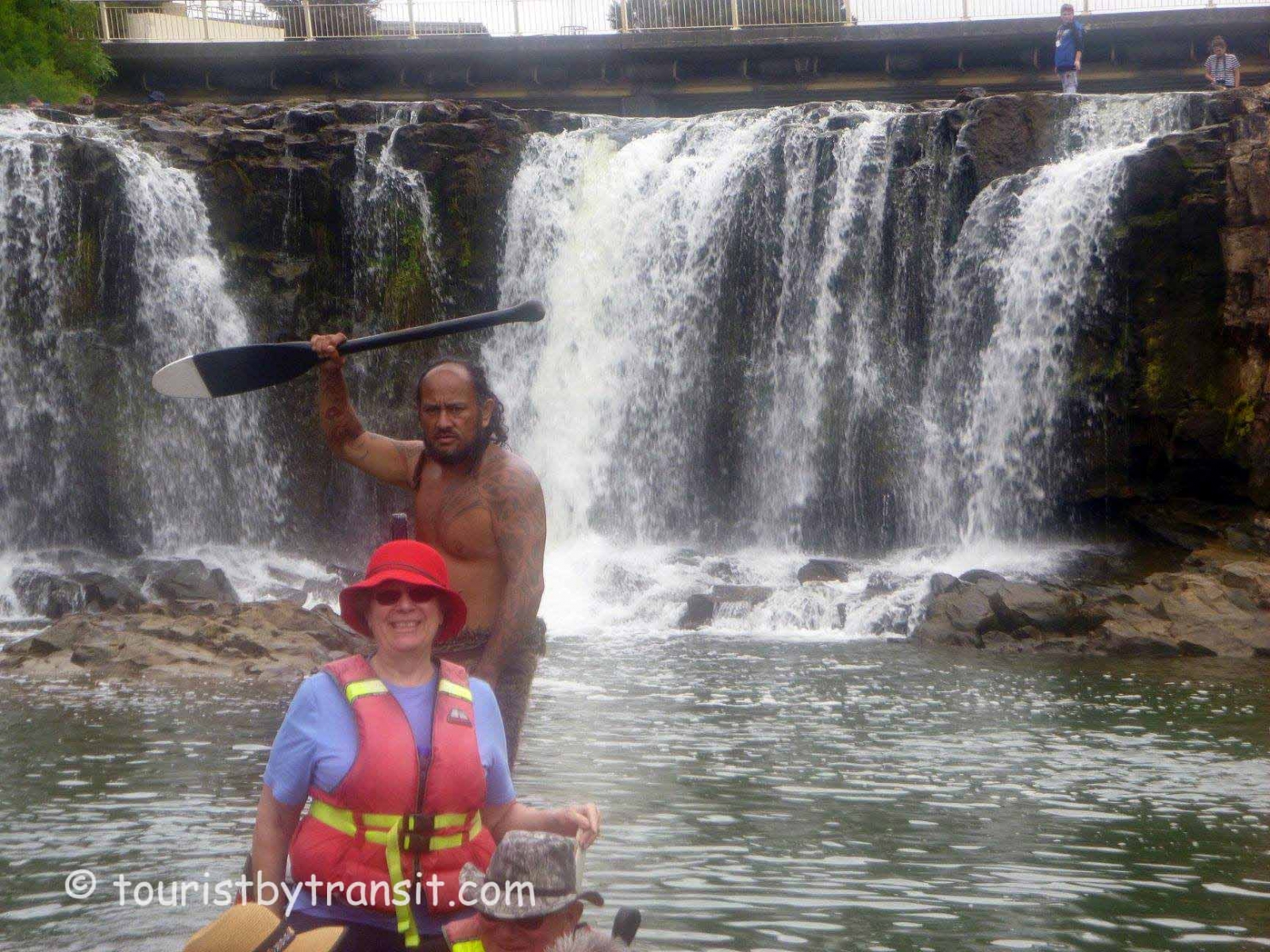 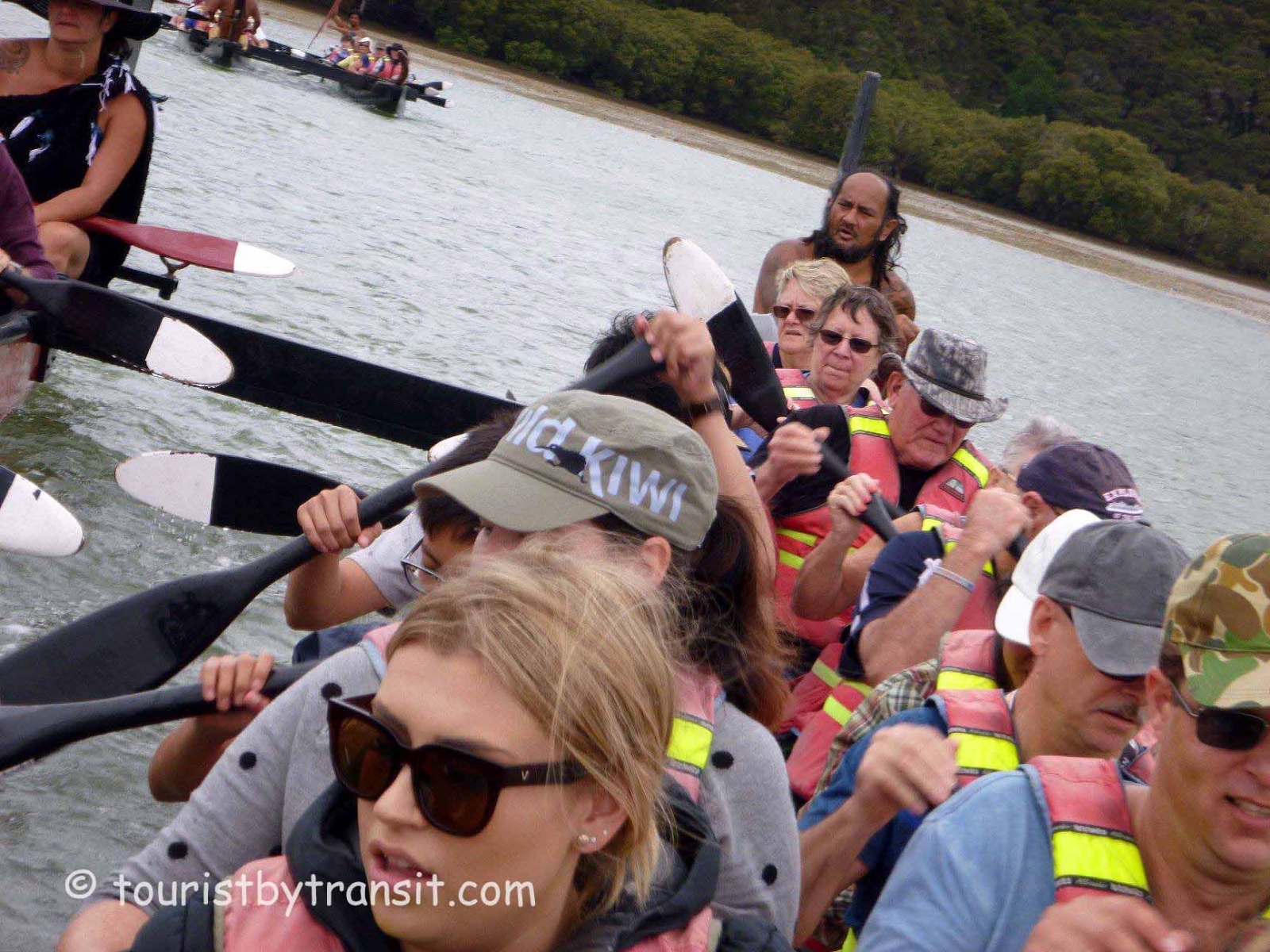 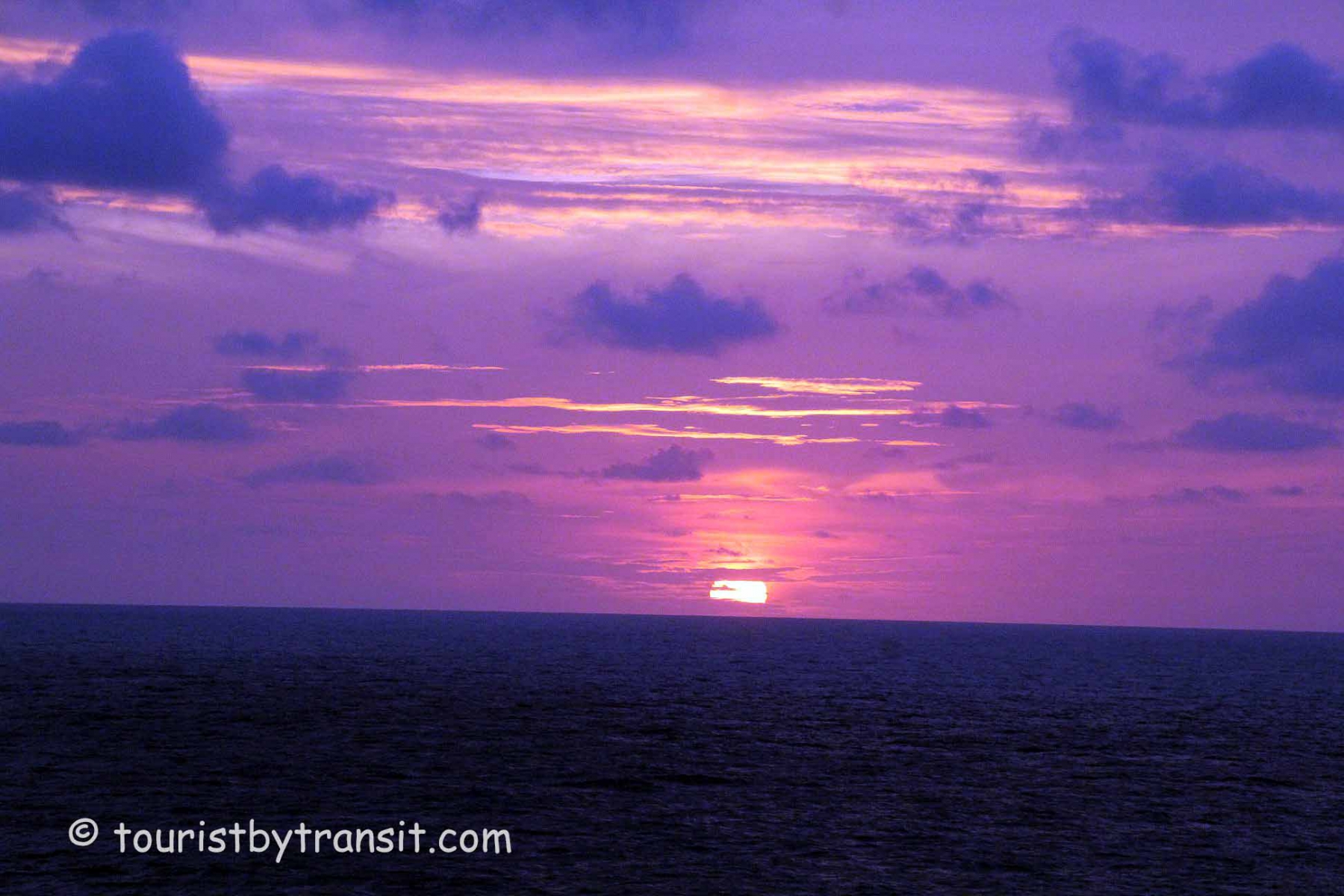 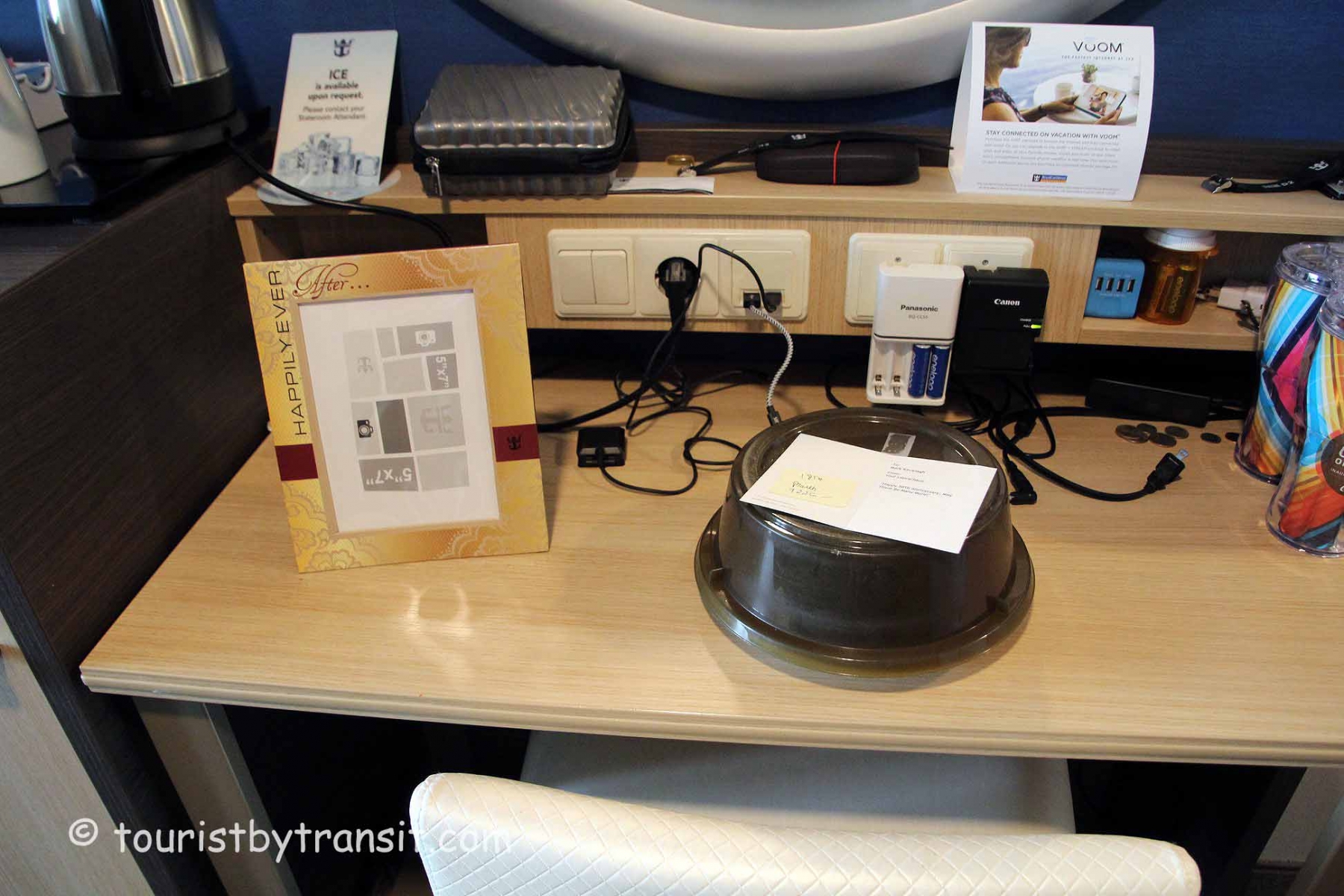 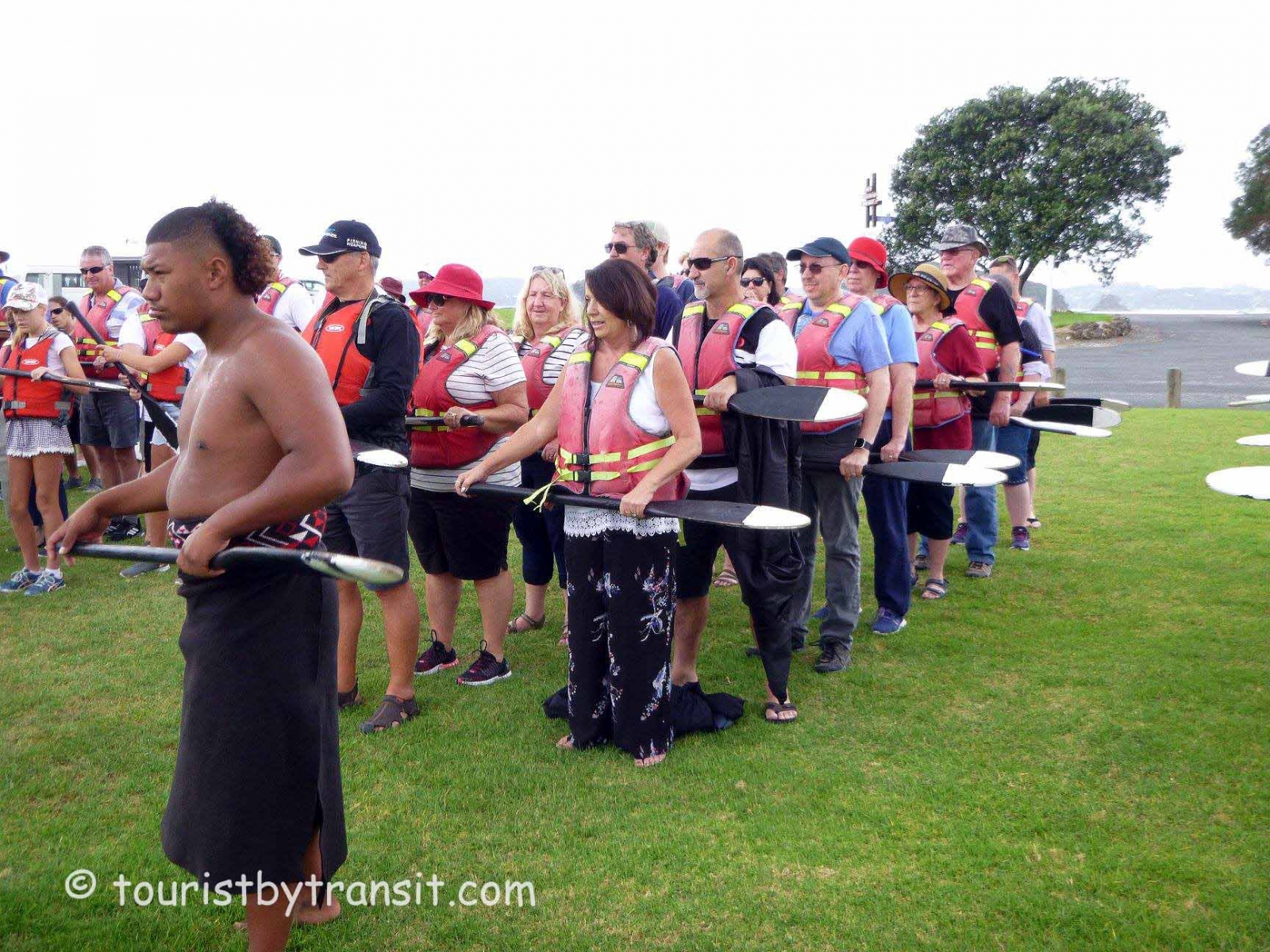 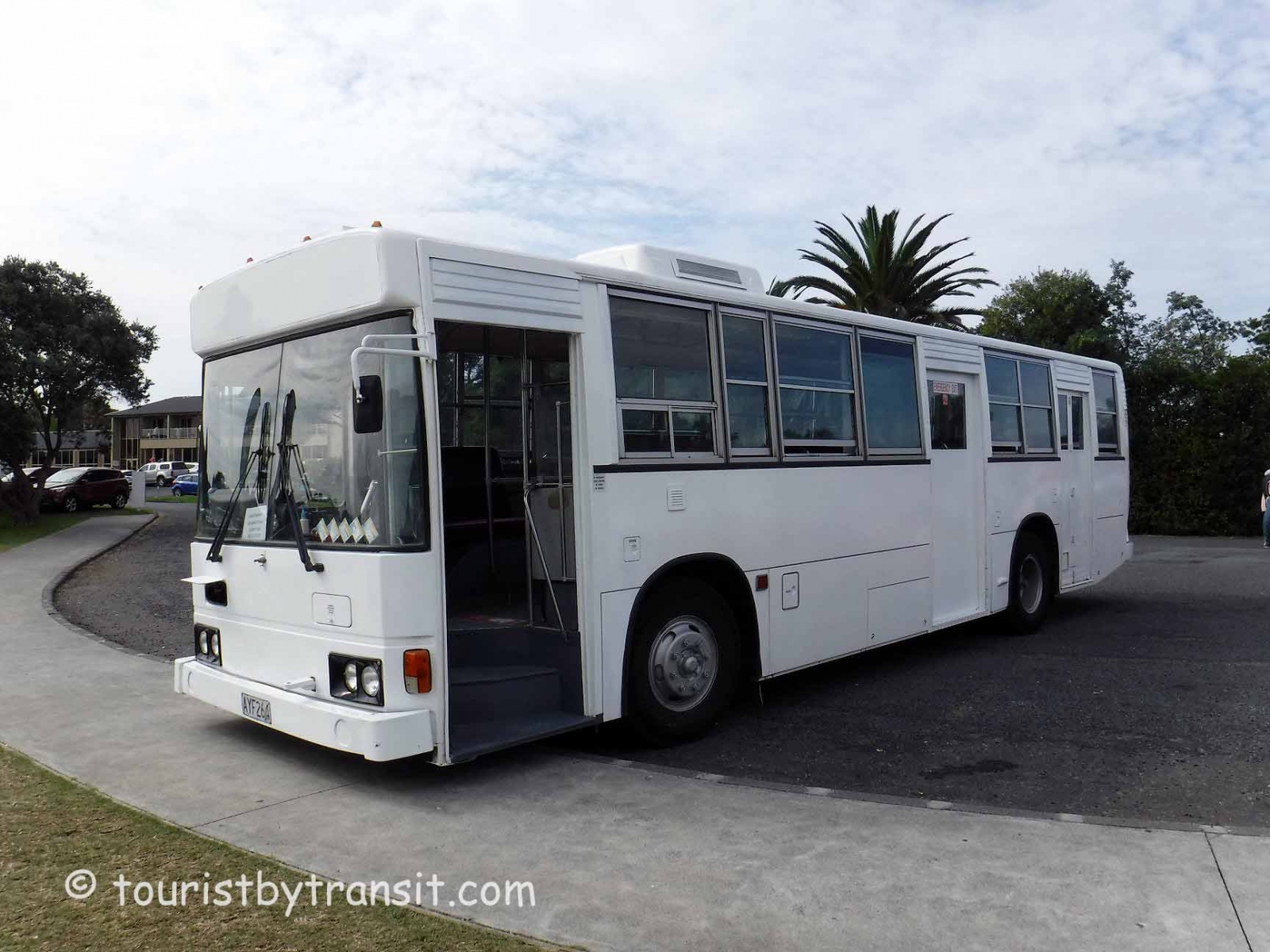 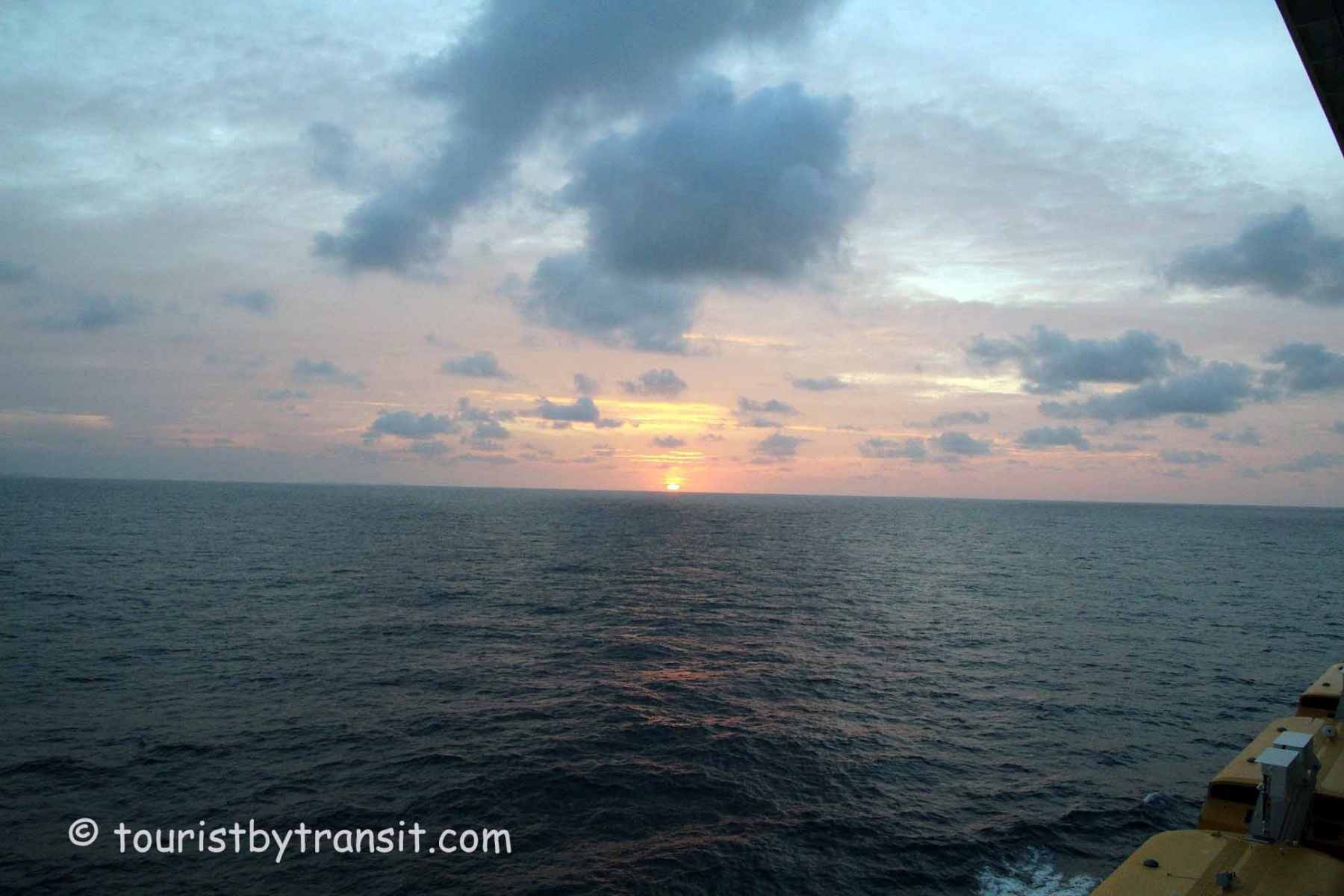 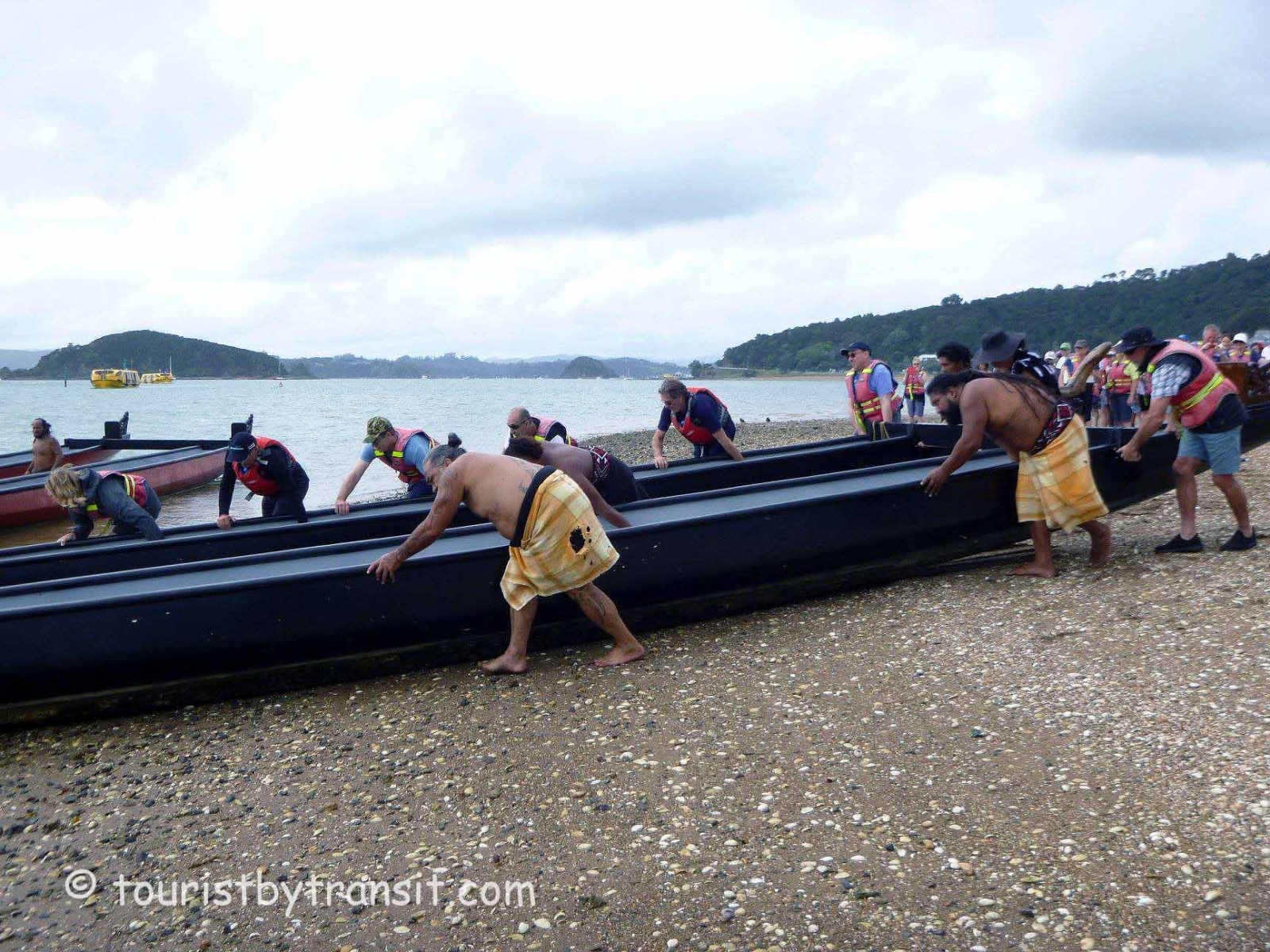 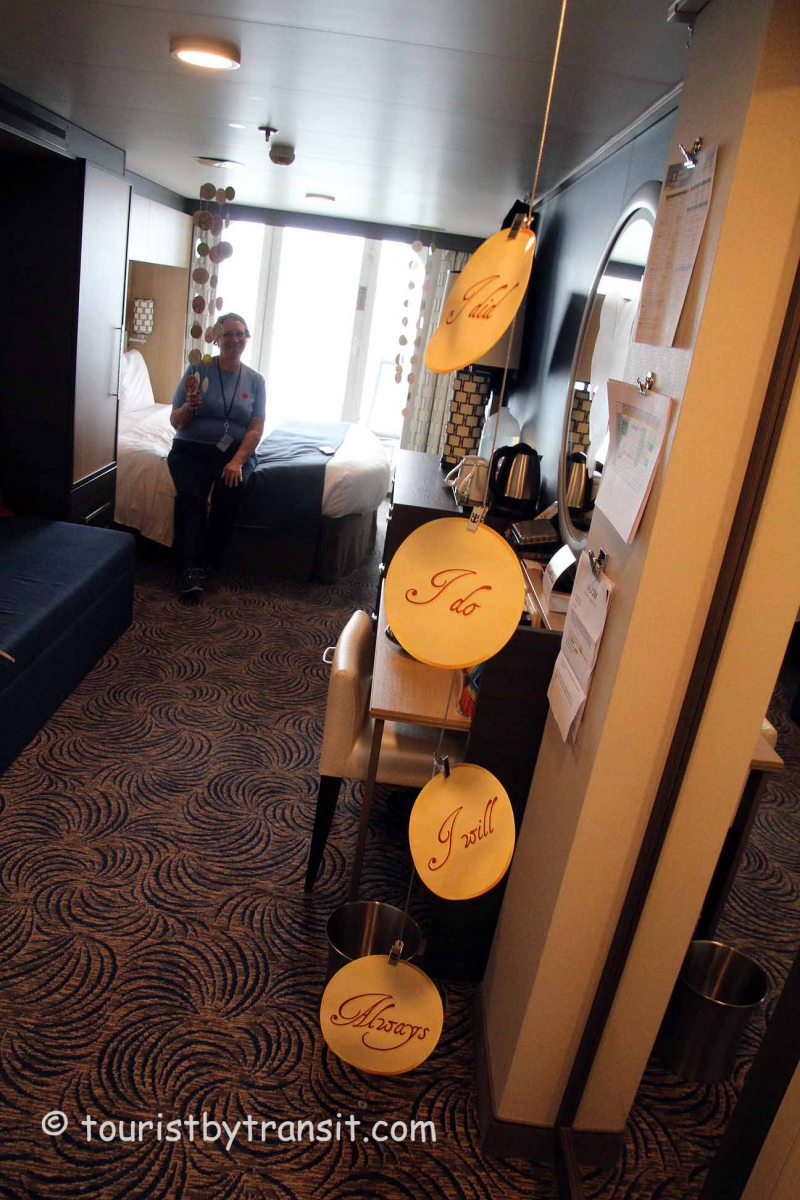 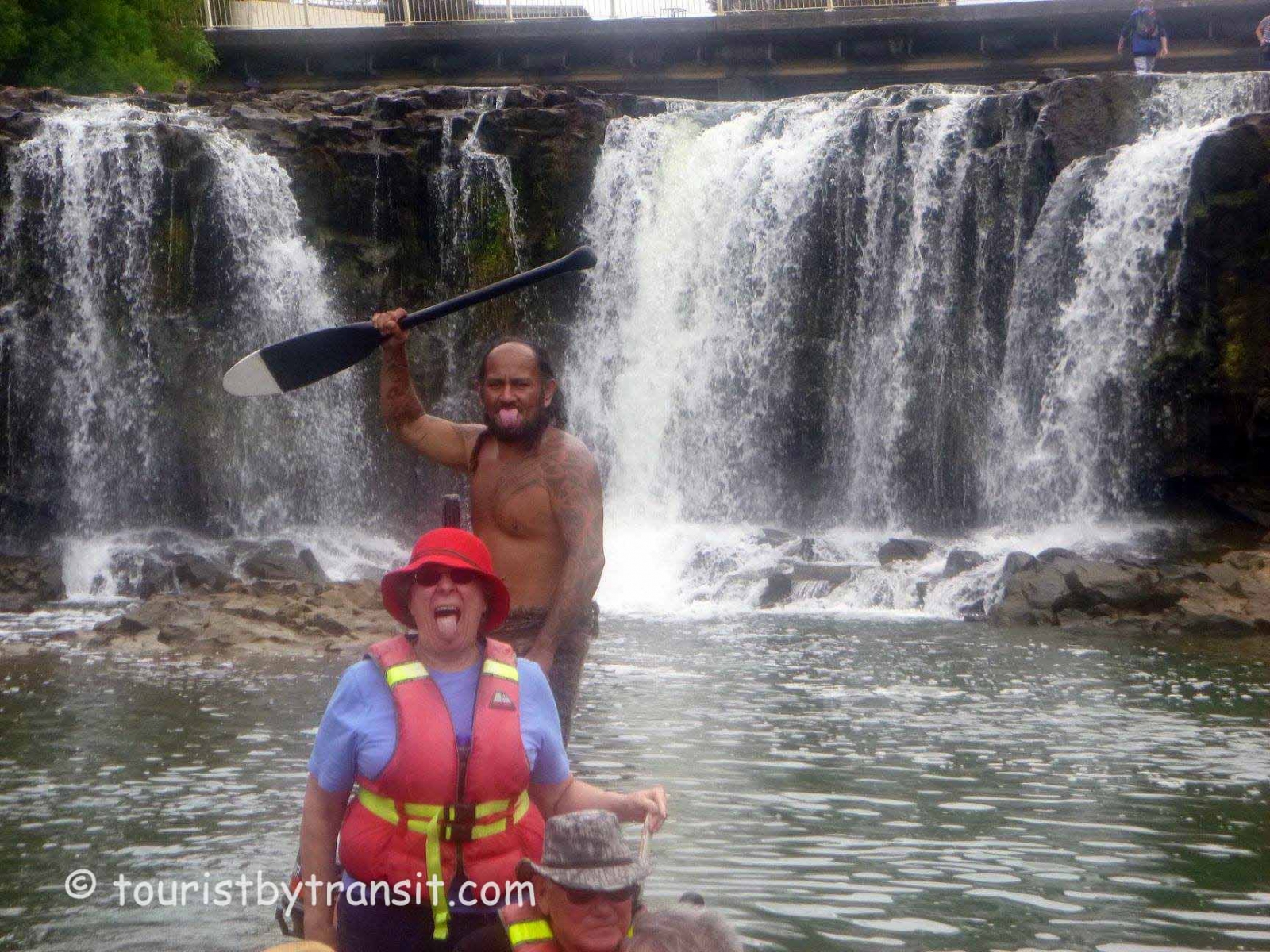 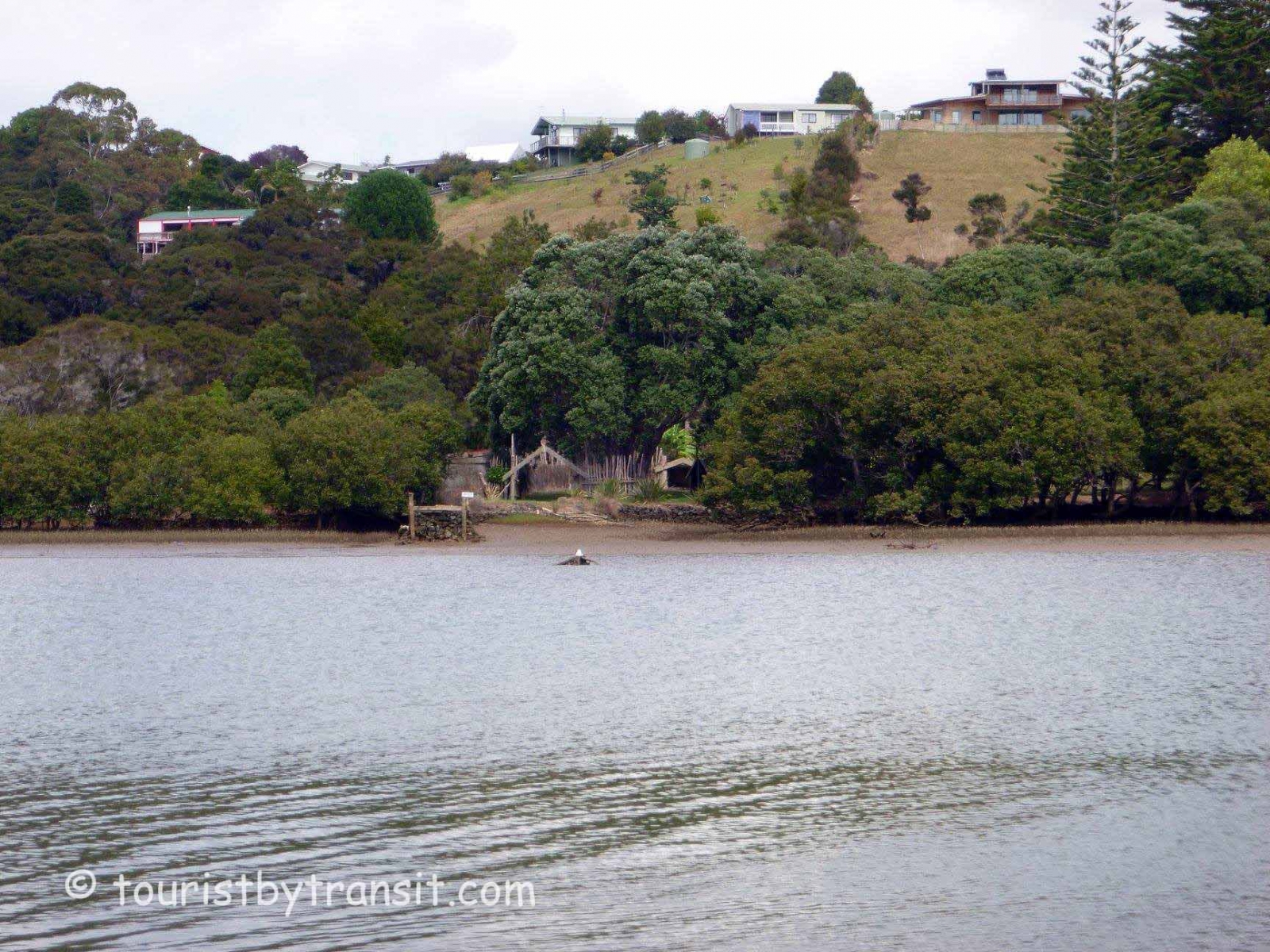