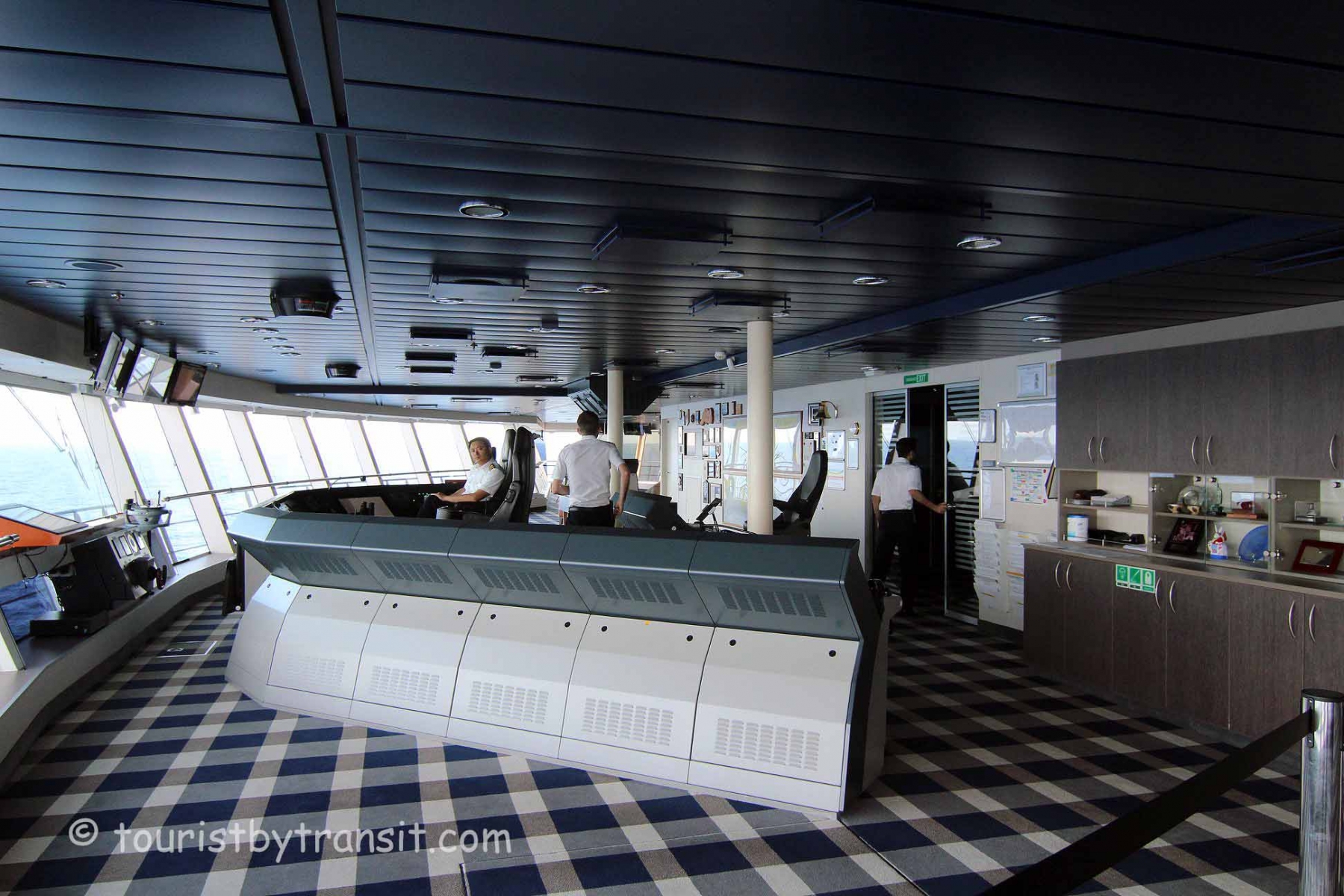 We are now heading back to Sydney. These 2 sea days were very welcomed to relax after all the activities we have done over the past several days. The seas were much calmer then the 2 days at the beginning of the cruise.

We were finally able to do the bumper cars in the Seaplex. That was so much fun. We got there early to get in line and watched them set up the court for the cars. A lot of work…

I went to 2 Mixology classes. One on Rum and another on typical cocktails. I learned I still like Rum drinks, which I have been drinking along with beer the entire cruise with my drink package. 2) I learned that I like all sorts of Martinis. Also, a good bartender shakes a drink with style, love, and a smile! Because of these classes on the final evening of the cruise, we sat at the Schooner Bar and I had a couple different martini’s. Then the bartender started giving me others to try. I like them all, and yes I was still able to walk afterward. I think in the end I won on the drink package. I got it for $49/day. I think only one or two port days I may not have made it but made it up on other days, especially the final day. My favorite bars were the Schooner Bar and the Robotic Bar (where drinks were made by Kuka Arm robots). I really want to love the pub, but on this ship, they put TVs in the pub and so it was often loud with sports. Plus the bartenders were not as friendly, they weren’t bad, just not talkative.

On the final day, we took the All Access Tour of the ship. They took us up to the Bridge, the main galley on Deck 4, The provision storage areas, the engine control room (not the ending room), and the laundry area on deck 00. We also walked the I-95 corridor on deck 2. This is how the crew get from one end of the ship to the other and access their cabins away from the public areas. A very cool tour.

As far as dinner, we ate at the Main Dining Room (American Icon) both nights. One night being formal. We had enjoyable conversations with our table neighbors Royden and Jean who are retired farmers that live north of Newcastle in Australia. They are not on Facebook though,

but we did exchange contact info. Our waiter, Maria. and assistant Denico were both great. Maria always smiled, and one of the only staff to wear green beads for St. Pat’s Day. She also worked in the Solarium Bistro for breakfast and lunch. We went there for lunch many times. It was a buffet, but much quieter than the Windjammer. The only thing I would go to the Windjammer for was the hamburgers, I really like them there. We only ate breakfast in the main dining room once, and lunch once. I had thought about having dinner at the Amber & Oak, but the prices seemed high. Fish & Chips was $15, but at the Poolside Dining, they were $6. I didn’t eat at either location. In order of dinner preference, I liked Jaime’s, Izumi and the Main dining room.

For the shows, on Day 12 we say Live, Love, Legs. We did not have great seats (Pillar in the way). It was very much a Vegas style showgirls show. It was okay… On the final night it was a variety show with music, songs, and a comedy routine by Gary Eck. The close out the show they brought representatives of each department on board to the stage and did the typical Royal Goodbye song. It was really well done and enjoyed it all. My favorite headliner show on the cruise was The Beautiful Dream, followed by Pixels and the comedy acts.

Our favorite place to hang out on the ship was Two-70. It is a really nice lounge. We ate there for breakfast many days. The barista’s Ida and Oliver know our names by Day 2 and knew what we liked to drink. They were always so friendly. For grab and go breakfast, it was the best and quietest place on board.

Overall I loved the cruise. It gave us a good taste of New Zealand. I need to go back and visit Dunedin and Christchurch someday and spend more time on the north island. The ship was great. Although I think I like the Oasis class and Freedom Class ships better. (I have been on Radiance and Vision class ships). However, this ship had the best cabin layout of all the ships we have been on. In addition, the Ovation has the North Star, iFly and the bumper cars!